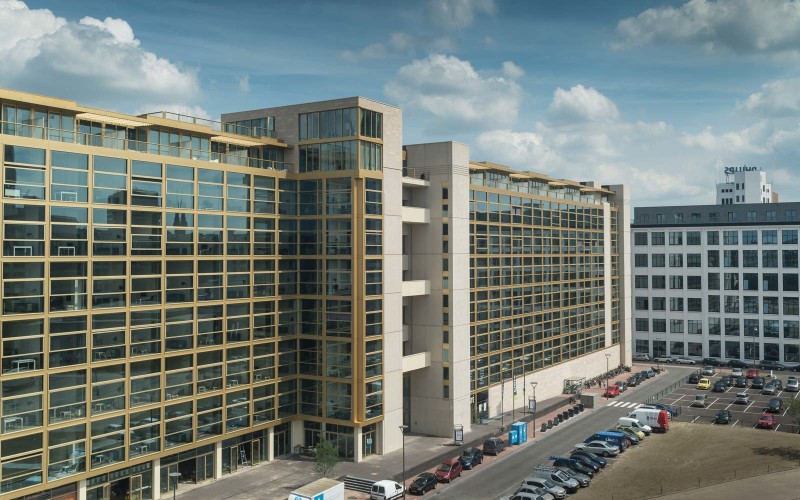 The aim of the Dirk Roosenburg Prize, the Eindhoven architecture prize awarded every two years, is to improve by public debate the quality of the built environment in the municipality of Eindhoven. The prize is awarded to a project implemented within the municipality’s boundaries. Not only the design’s quality is taken into consideration, but also how the project contributes to the city’s perception, usability and identity.

The Nominating Committee visited more than 40 projects in Eindhoven and nominated 10 projects. The commission looked at the quality of technical design as well as aspects such as (public) usage and an appreciation of a project or the innovative design approach. The nomination report states: “The Nominating Commission is impressed by this transformation’s quality of technical design and appreciates the conservation and repurposing of the Philips complex on this location – a vulnerable spot for Eindhoven. The nomination involves both an appreciation of the architectural transformation and a critical curiosity for the realisation of the Emmapark. After all, this park – which will add a public green boost to the centre and through which the river Gender will flow again – is not ready yet.”

The public can vote in October; the prize will be awarded on 27 October 2017. 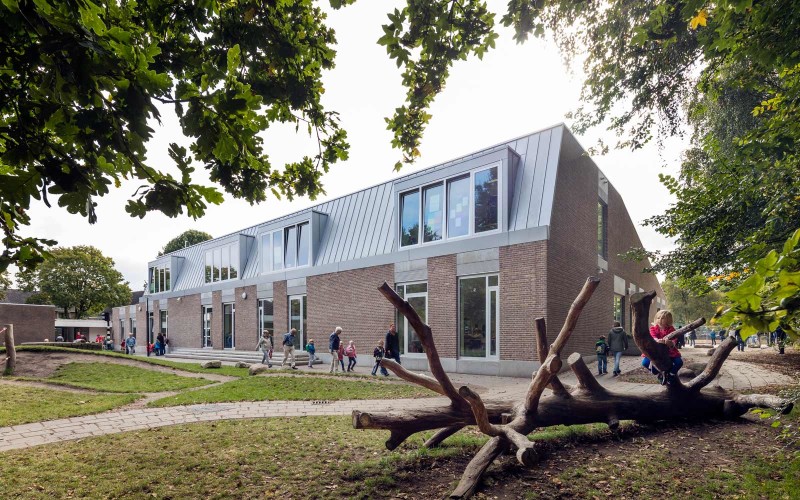 Ariane Zwarts and poet Erik van Os revealed the poem on the facade of De Brakken – primary School – in Rijen.  “Four students who had their birthday this week guided the alderman and poet to the facade,” says school director Johan Kamp. The children chose the poems themselves. And it was obviously read for the occasion. The letters of white acrylate are placed in the passage of the Mayor Sweensplein to the playground. Facade poems is a project of the Art Commission of the municipality of Gilze and Rijen. Since 2007 poems have been realized on, among others, facades in Rijen, Gilze, Molenschot and Hulten. 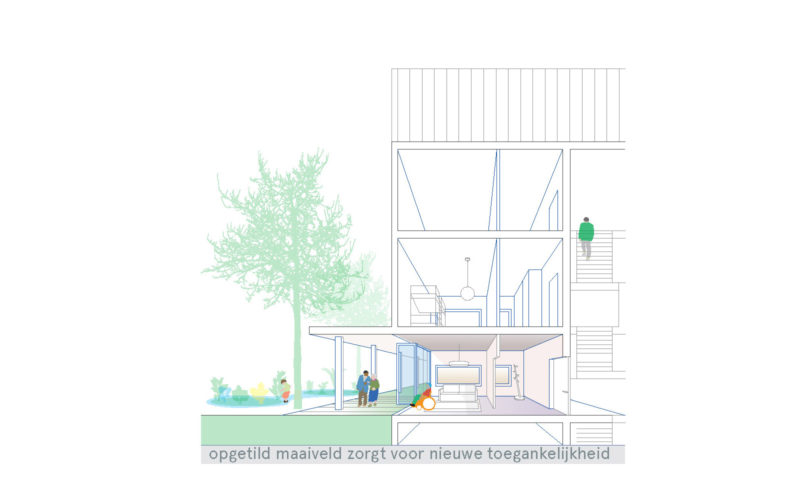 The Netherlands are ageing, which is felt especially by the post-war residential areas. The risks for the elderly: problems with pavements, high staircases and social isolation. It is high time that plans are designed to make the Netherlands ageing-proof. Diederendirrix made a plan for the Rotterdam area Carnisse. “Here we encounter two problems,” architect Tomas Dirrix explains. The first problem is that a large part of the area consists of houses with a porch that have entrance stairs of one metre high, which is quite a climb for some elderly people. The second problem concerns the architecture: streets with terraced houses have side streets without a destination: the streets only have sidewalls and no front doors.

Diederendirrix’ design is one of the winners of the WHO CARES competition, a design competition for new ways of housing and health care. 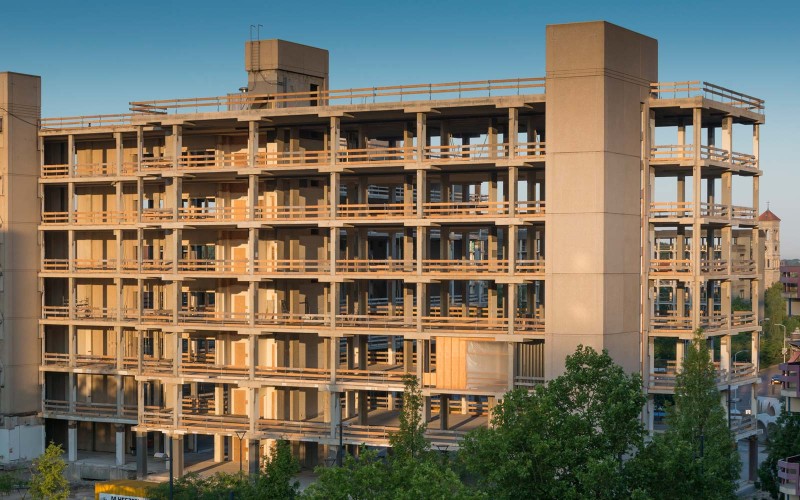 “Buildings are not disposable products”, according to the website of  diederendirrix Architecture & Urban Development. Transformation is one of the specialties of diederendirrix. Among other things, they were responsible for the rapid transformation of the former Philips Lighting headquarters to over 600 lofts and apartments. Annually, diederendrix is ​​involved in around twenty to thirty transformation projects. BouwKennis interviewed Paul Diederen, partner at the architectural firm and professor of Transformational Design at the Eindhoven University of Technology.

Read the full article in BouwKennis 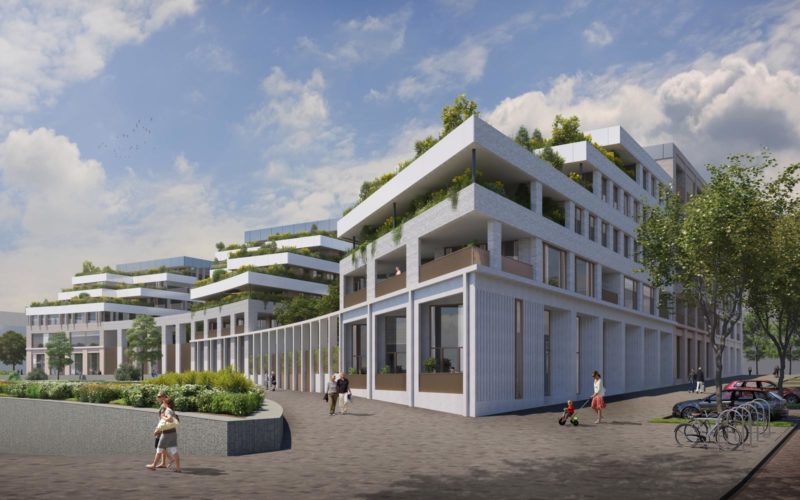 Commissioned by the municipality of Utrecht, Heijmans is developing and realising 125 houses next to the central shopping zone in Leidsche Rijn Centrum. The project has a total value of more than 40 million euros. Heijmans was awarded the contract based on the plan’s high quality and sustainability. It involves city dwellings and apartments in a (semi-)closed building block. Construction will start in the middle of 2018 after the development phase; completion is expected about two years later.

The characteristic design, which includes ascending terraces embracing two interior gardens, was accomplished by a design team led by Diederendirrix, together with Bedaux de Brouwer architects and HilberinkBosch architects. Landscape Interventions (LINT) is responsible for the interior gardens’ design. The urban development plan is by Jo Coenen Architects & Urbanists.

From almost 200 entries, NEZZT has been nominated for a Creative Heroes Award in the category Architecture / Collaboration. The awards will be granted during a festive evening in Amsterdam on Thursday night 29 June. 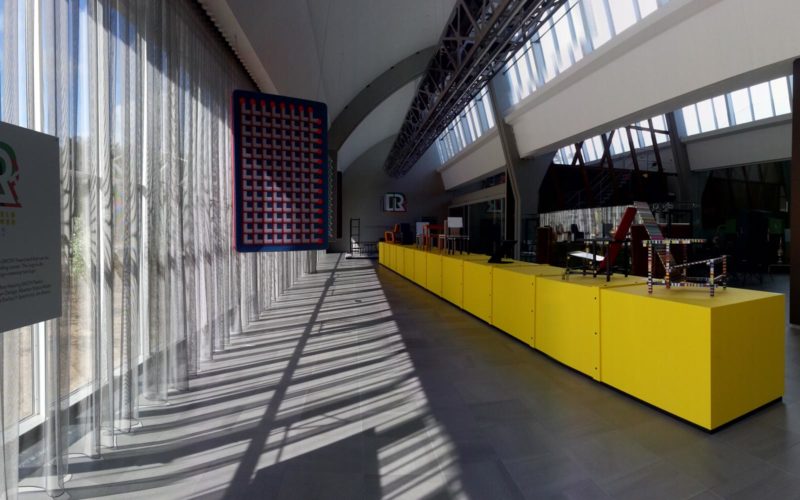 There is a characteristic listed building by Gerrit Rietveld on the outskirts of Bergeijk, weaving mill De Ploeg. Exhibition material has been manufactured inside the mill since the beginning of the year. The factory has been adapted accordingly, respecting its open halls. The timing couldn’t have been better. The new life of weaving mill De Ploeg started in Bergeijk on the first day of the year in which the Netherlands is celebrating in big style the founding of De Stijl. The factory building’s creator is the architect Gerrit Rietveld, one of the most famous members of the avant-garde artistic movement De Stijl.

It was possible to convert De Ploeg within a period of 18 months, thanks to the new owner’s drive and the support of – amongst others – the Rijksdienst voor het Cultureel Erfgoed [Cultural Heritage Agency of the Netherlands]. As is often the case with industrial buildings, many small and bigger modifications were done after its opening in 1958. However, these did not affect the building’s special value in terms of cultural heritage, therefore allowing De Ploeg to become a listed building in 2010. By that time, the building had not been in use for three years. After some failed attempts to find a new owner, Bruns BV became the factory’s enthusiastic owner in 2015.

On 8 May, Secretary of State Van Rijn announced the winners of the WHO CARES competition, a design competition for new ways of housing and health care. The jury, led by Rijksbouwmeester [Chief Government Architect for the Dutch Ministry of Housing, Spatial Planning and the Environment] Floris Alkemade, received 174 entries and selected for 4 locations 5 teams each. These 20 teams can further elaborate their visions in the second round. Diederendirrix is one of the 5 winners of the Rotterdam location.

The jury’s comments on Diederendirrix’ entry: “One of the visions in which the closed building blocks of Carnisse area are broken through, a proposal rich in ideas for interior as well as outside spaces and which engages the street.” 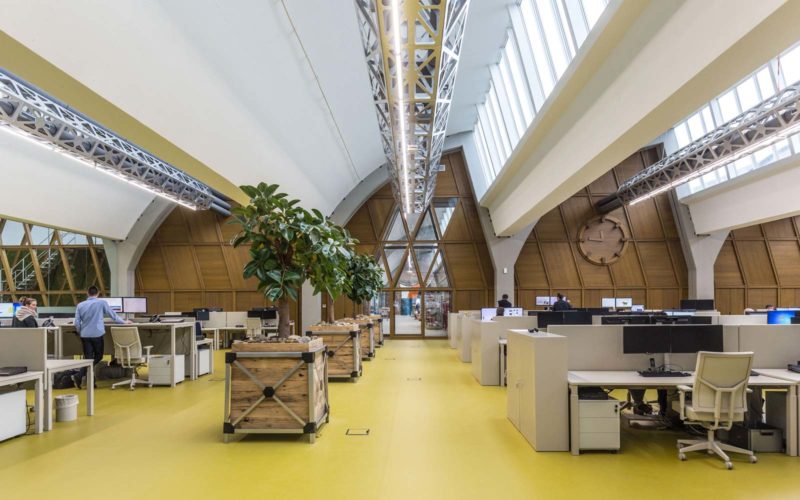 De Ploeg, the beautiful industrial heritage of factory building and park in Bergeijk in Noord-Brabant province, is given new life after major renovations. The unique complex, where characteristic fabrics for curtains, furniture and clothes used to be woven, is in use again and opened to the public in April 2017.

Read the full article in Monumentaal 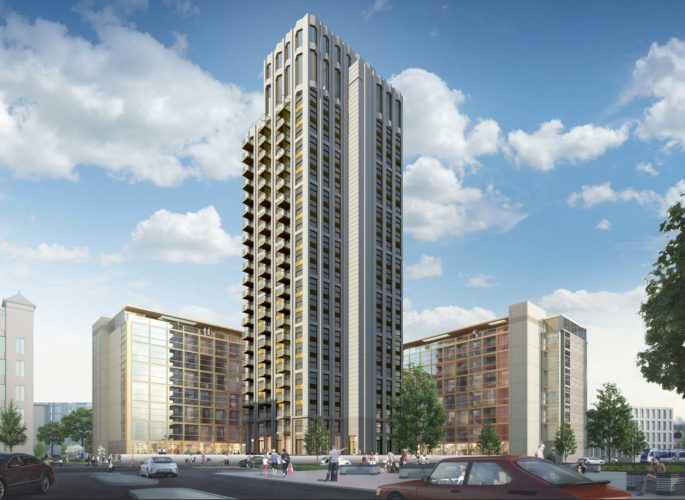 Next year, Onyx – a new 84-metre-high residential tower – will be built on the Mathildelaan in Eindhoven. There will be 134 homes in the building. The top layers are reserved for a penthouse with pool measuring almost 1,000 square metres. The construction of Onyx fits in with the plans of the City of Eindhoven for densification and building upwards. “In its form and materials, Onyx refers to the place’s past as well as future,” architect Paul Diederen explains. ”The tower marks the start of a new generation high-rise buildings for the densification task of the City of Eindhoven.”

Read the full article on the Vastgoedjournaal