The three well known Europoint towers at the Marconi square in Rotterdam are designed in the early 1970s by Skidmore, Owings and Merrill (SOM). The towers are 95 metere high and are have been designed for use as offices. Supporting concrete columns in the façade and a central core that contains the elevators, stairwell, toilets and technical spaces. The free floor parts of 33 x 47 m are a guarantee for the best layout for each type of office. The façades feature a light-coloured travertine grid with square windows. All windows have been fitted with dark-tinted reflective panes set in bronze-coloured frames made of anodised aluminium. These have been placed snug with the façade surface, resulting in an extremely even look, a unique bit of detailing which we intend to respect in our design. Every six floors, the façade is six centimetres wider and the piers have been made six centimetres narrower, offering perspectival correction and making the towers look dead straight. SOM emphasizes with this extreme flat facades the abstract design of the Europoint complex.

Two Europoint towers were abandoned after the municipal services left. We have transformed these towers into 883 full service rental properties. The housing types ranges from 40 m² studios to one-bedroom apartments measuring 70m².  The two upper floors, which used to house the buildings’ central heating, hot water and electricity installations, are transformed to penthouses of 120 m2 over 2 floors with a loft on the façade side.  All houses are furnished with a tv, an oven and an iron with an ironing board. The generous horizontally sliding French doors in aluminium transforms the living rooms magically into inviting outdoor spaces. On top of each tower is a common terrace for the residents. The view on the city and the harbour is fantastic.

At plinth level of the towers, there are cafés and restaurants, office spaces and a meeting point, alongside a movie theatre, a gym with sauna and laundrettes for residents. The old entrance building between the two transformed towers has been replaced by a new garden, designed by bureau Lubbers, and an impressive awning between the Marconi square and the Galvanistraat. Two glass walls under the awning, define a common lobby which connects the towers. By using the materials travertine, steel and glass, together with the detailing of the columns and the roof of the awning, we continue the modernism of SOM. The new, and partly covered, public space around the towers, reconnects the Europoint complex with the city and the harbour.

The big challenge was to transform two of the three towers to residential buildings without affecting the trinity of the Europoint complex. Thanks to careful architectonic and technic analyses of the existing façade, we have gained a good solution. The existing windowframe is now functioning as adjusting frame for the new windowframe. This makes it possible to preserve the unique subtile detailing and the façade covering of travertine. The color of the aluminum and the glass are exactly the same as the existing windowframes in the thirth tower. The difference between the residential towers and the offices tower, is distinctive enough to recognize the two functions, and is small enough to identify the complex as a unity

The Europoint complex is situated in the middle of the Merwe-Vierhavens (M4H) port district. Several unique and innovative new living and working areas will be created here over the next few years. The aim is to further reinforce the economic structure of the city and the port. By the transformation of the previous office colossus to urban residential towers, this renewal has been put in motion. 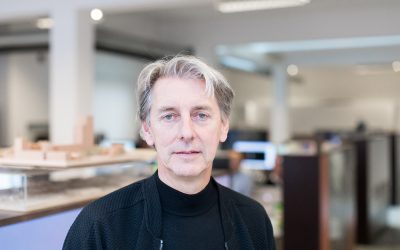 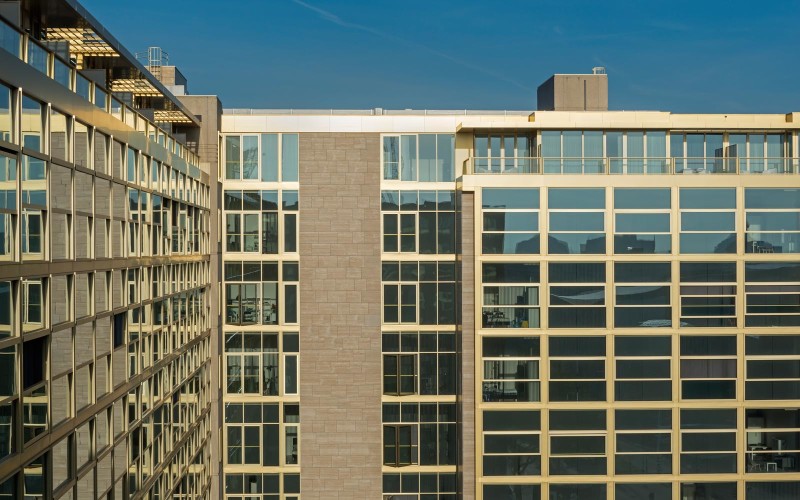 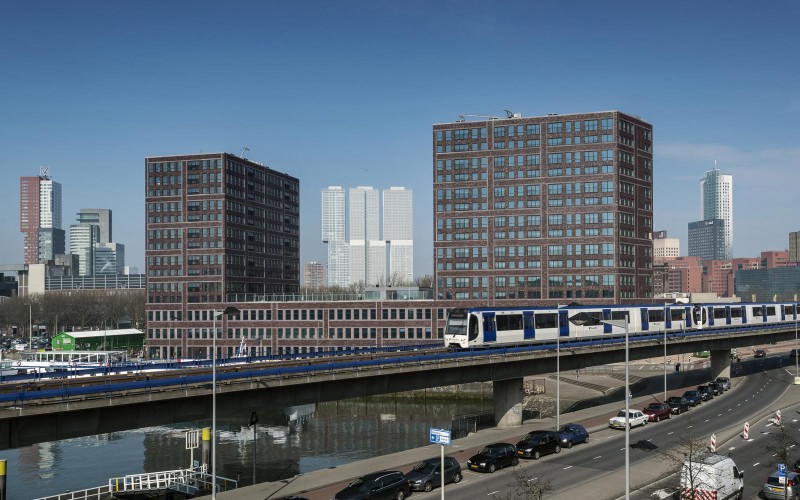