Vogelzang / Van de Ven & Co is a housing project on two neighbouring locations in Willemstraat in Eindhoven. The Vogelzang site is located on the one side of the street, where a temporary car park for the European football championship in 2000 has been constructed. The former Van de Ven & Co business premises, which, among other things has accommodated a petrol station, a garage and a supermarket, is situated on the other side of the street. Owing to the presence of vacant lots, both locations have for some time formed a bedraggled edge to the surrounding neighbourhoods. With the construction of two robust residential blocks the urban fabric on both sites will recover and the original structure will be restored.

Vogelzang comprises 95 homes (39 single-family homes and 56 apartments) and Van de Ven & Co has a total of 93 homes (3 single-family homes and 90 apartments). Both buildings have all-round orientation and on the inside there are collective gardens on several levels. The development of these projects creates a distinctive and pleasant living environment that helps to connect the surrounding neighbourhoods. The new housing blocks blend in seamlessly with the existing streets and infrastructure. In order to optimise the living environment, all the apartments on the ground floor have their own entrance at street level. This reinforces the inclusive nature of the blocks and stimulates socialising between neighbours in the street.

The design of both housing blocks responds to the major historical layering of the surrounding area. The location is a typical example of the different periods during which the functions have shifted from industry to commerce and housing. These periods are visible in differing scales of construction and diverse building styles. In order to connect the programme to the adjacent low-rise buildings, the structural height of the apartment blocks is staggered in both length and breadth. The exterior space of the apartments is used to create a plot-like segmentation of the street wall whereby the new apartment blocks refer to the original unit size of Willemstraat. The new ground-level accommodation is integrated into its surroundings by means of characteristic elements from the Vonderkwartier neighbourhood, such as gutter height, porches and a horizontal articulation.

Viewed from Willemstraat, there are two special moments where an urban accent is introduced. Firstly the head of the Vogelzang site, where the beginning of the Philipsdorp and Vonderkwartier neighbourhoods are marked. Secondly, at the junction of Willemstraat, Jozef Eliasweg and Gagelstraat. Here the historical junction is always perceptible and the head of the Van de Ven site, together with the monumental cigar factory, establish a link between both developments. The accents ensure legibility and cohesion in the urban structure. This is further elaborated in the landscape design by Felixx for Willemstraat and Jozef Eliasplantsoen, which is in line with the planting and water plan that is integrated in and on the buildings. 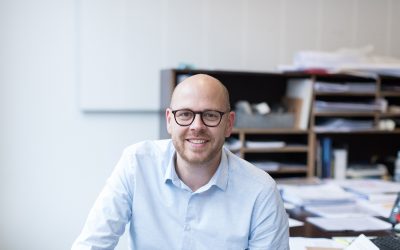