At the campus of the Eindhoven Technical University (TU), diederendirrix has renovated three buildings: Vertigo, Ceres and Potentiaal. Three different buildings and three different approaches to commissioning. The University’s Housing Department plays a connecting role in all projects. Veronique Marks, managing director of the department, explains how this works.

Putting out to tender

“Being a public client we have to put work out to tender so we aren’t very free in choosing the architect. Vertigo and Ceres were put out to private tender. For Potentiaal, the redevelopment inclusive of the management and the use phase was put out to tender as one entity. Developer Dura Vermeer bought the building and chose diederendirrix to be the architect. Tenders require a vision and a character that match the task. The TU has many 1960s buildings of cultural and historical value which were designed as Gesamtkunstwerk back then. Other buildings were added later. The buildings from the first and second phase – the so-called post-war architecture – have especially a character that matches diederendirrix’s experience.”

“The university is involved in a special triangular relationship. As a Housing Department we are client and project manager on behalf of the Executive Board. We manage planning and budgets. Then there are the users: professors, researchers and students. They don’t have the earthly problems of time and money, but do have specific requirements on the buildings in which they work and study. Finally there are the external advisors, such as the architect. In the case of Ceres, the user had a significant impact on the building’s design. The budget was not ample so we had to establish clearly defined priorities. Partly at suggestion of diederendirrix, we chose for a modest renovation and I’m happy for it. We succeeded in the task by clearly putting our money on available qualities.

“In the case of Ceres, the user had a significant impact on the building’s design.”

I found diederendirrix to be highly meticulous and pleasant in this project.”

“Despite its cultural and historical value, the campus of the TU isn’t a listed building but we do have our own quality commission. This commission asks discerning questions about a plan and gives a substantive opinion before the permit application is submitted to the council. In practice, constructive discussions between disciplines take place in the commission. Sometimes it’s a battle of egos but I’ll tell you one thing: friction is needed for successful collaboration. A typical example is the entrance of Ceres, also for the disabled. We quarreled a lot over this. All parties involved – the architect, the landscape architect, the quality team, the user, the one in control of the cables and pipelines – had their own opinion. Plus, the budget was limited. Now there’s a nice ramp between the trees. It looks very natural, not like a poor compromise. Another example. We recently had a discussion about the windows that are to be opened in Potentiaal. The design of the competition provided a good solution for the windows, but at a later stage it was cut back by the developer. The quality commission did not agree. This shows that the commission also supports diederendirrix substantively. In the end it’s our task to realise the campus’ vision for the future: reduced space, yet better space. This includes a substantive discussion on quality, also with the architect.” 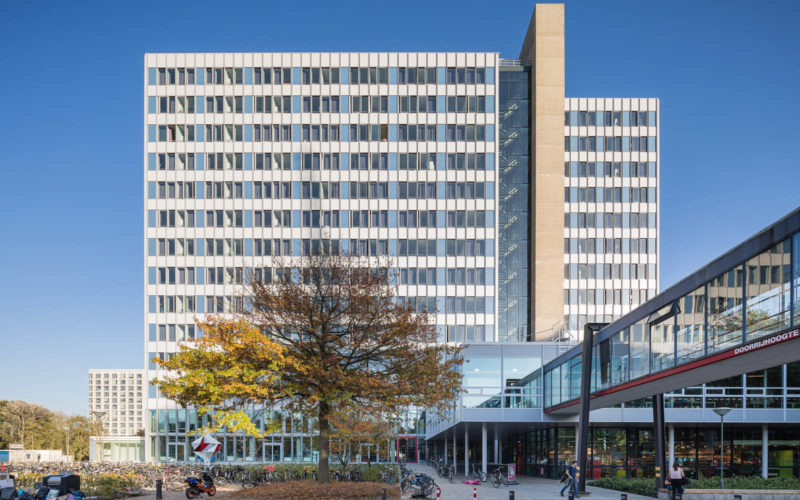 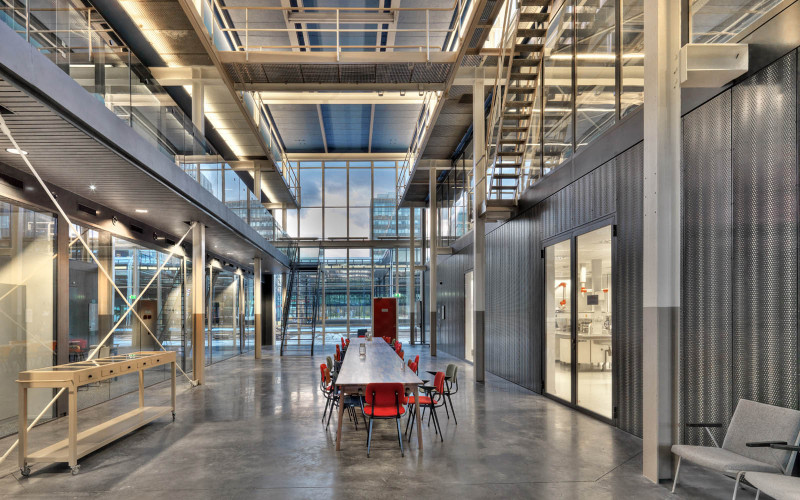