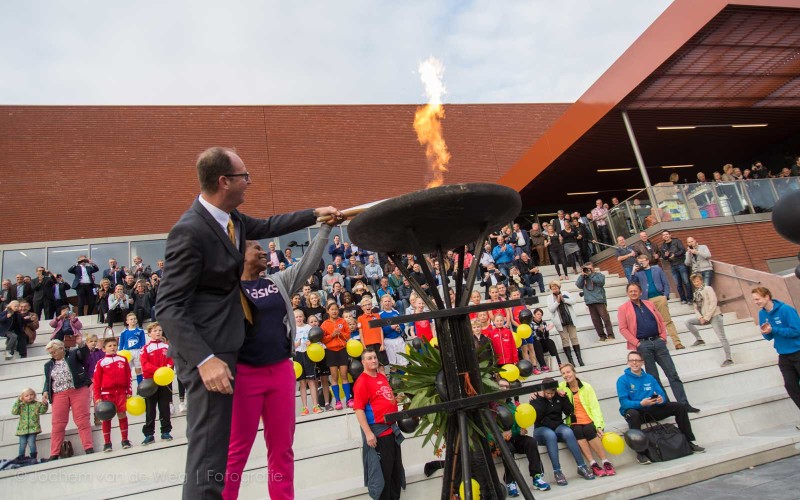 Former world-class athlete Nelli Cooman, together with alderman Gert Vos,  officially opened sports complex Het Activum in the Bentinckspark this afternoon. It was a smashing start, culminating in lighting the ‘Olympic flame’. The opening was impressive, but what impressed even more was the new construction. This led to many ohs and ahs during the guided tours.

The sun comes out while the dancers of Tresor Dance Center give a dazzling show. Exactly at the same time, a parachute glides through the air above Het Activum. The duo jump, with alderman Gert Vos as turns out later, lands safely in the centre of the athletics track. Meanwhile, youngsters of various sports clubs are going around the track with two-time world champion and national sporting hero Nelli Cooman, who is holding a burning torch. The former world-class athlete and the alderman then light the ‘Olympic flame’ together.

Read the full article in the Hoogeveensche Courant 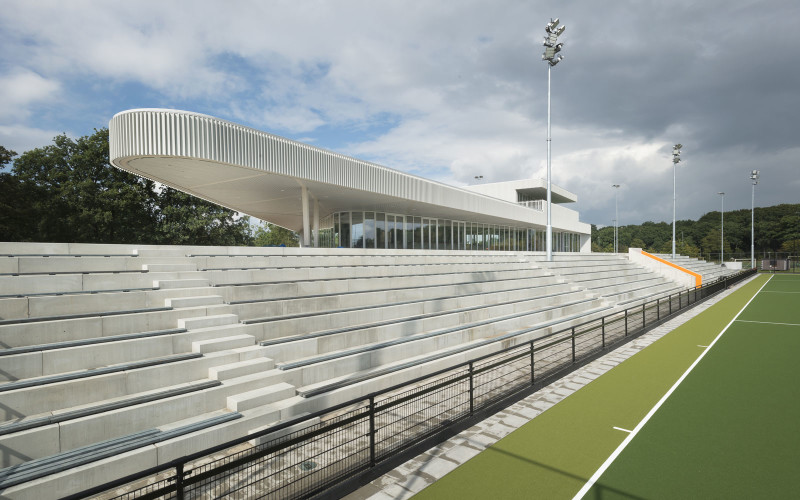