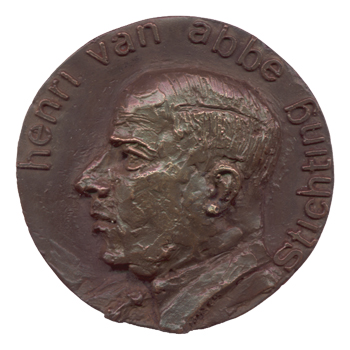 On Friday September 24, 2021, the Henri van Abbepenning was awarded to DomusDela. This prize is awarded every two years by the Henri van Abbe Foundation to a person or institution that means a lot to historical heritage in Eindhoven. The award was already in 2020, but due to corona it could only be handed over now. Diederendirrix developed the plan for DomusDela together with architecten|EN|EN. Both Bert Dirrix and Edzo Doeve (DomusDela) said they were very honored.

Bert Dirrix called the award ‘a nice acknowledgment’ for continuing on this path. “Because a compliment from a good friend is nice, but an award from the Van Abbe Foundation… that has a completely different impact.“