The former Constant Rebecque barracks (1938) on the edge of the Wielewaal neighbourhood in Eindhoven was recently repurposed as a modern educational campus, without losing its historical character. The project was done as a public-private Design, Build, Finance, Maintain and Operate (DBFMO) cooperation, in which the consortium is responsible for the design up till thirty years of exploitation and maintenance, inclusive of the funding.

The building complex in Eindhoven, which was built according to the principle of the so-called Boostkazerne – a type of barracks designed by captain Boost in the 1930s, also called the Grensbataljonkazerne – is not unique. In the Netherlands there are various barracks which were built according to the same standard, urban development principle of August Gerard Marie Boost. However, the Constant Rebecque barracks was still in such excellent condition that it became a listed building, which brought about challenges when it was repurposed as International School Eindhoven (ISE).

Preceding the design phase, the city of Eindhoven put together a very thick design brief which describes into detail the specifications with which the barracks must comply. Next, three consortiums in total – consisting of an architect and a structural engineer as well as a contractor, a building physics consultancy firm, a mechanical fitter and electrician, and a management party – have worked on a draft, in dialogue with the city council and in competition with each other. After this, the contract was awarded.

ISE is the first project that diederendirrix has carried out in a DBFMO set up. There was close collaboration with all parties involved in the project, which started in 2010. Together we always looked for the right balance between the client’s needs regarding comfort and sustainability, the barracks’ historical significance, the maintenance and management in the future, and the costs.  The details are as flat as possible. Because edges mean dust, which involves extra cleaning time and costs in the operational phase. Pipes and grids for the installations are hidden in the dormers so as to not affect the quality of the roofs. To reduce the energy costs, we placed frames behind the existing frames.

Other sustainable measures are deliberate and maintenance-free choice of material, great attention to the landscape integration owing to an irrigation system, preservation of the National Ecological Network, and the use of the premises as a means of education. Thanks to these measures, the project was granted the BREEAM ‘Good’ certification, a good score for a listed building.

The architectural elements, such as the beautiful floor and staircases, had to be preserved as much as possible in the design. Extensions were only allowed if they in nature and size fitted with the series of Boostkazarnes, and if the parade ground between the trees remained open.  This conflicted with the idea to transform the barracks into a school campus.  The International School that would be housed here wanted to have one building for its students, as well as a buzzing central area/multimedia centre. We responded by placing a large part of the program under the ground.

By means of an underground infrastructure we linked different barracks. In addition, we provided an underground multimedia centre and sports hall. Owing to these measures, we created one school building without compromising the architectural, urban development conditions. Only the gatehouse –  which houses administrative functions, a child care centre and special secondary education – as well as a second sports hall are detached on the grounds.

To get access to the underground infrastructure we added a conservatory to each barrack, which contains a staircase to the basement. The conservatories observe the character of the listed barracks in use of material and colour.

To avoid the barracks sagging during the work, we applied a CSM (Cutter Soil Mixing) wall system. Without vibration, a concrete spine is provided by means of anchor rods, in which the corridors and open spaces could safely be excavated, and which provides the infrastructure at a later stage.

In the old buildings the architectural changes and additions are recognisably done in gold-coloured aluminium.  This material is also really prominent in the new entrance building, which creates a united appearance of existing and new, of primary and secondary education, and of sports hall and offices.

The entrance building is a pavilion with two layers, in which the auditorium is located. The distinguished façade subtly tells the international story of the campus. The application of perforations makes it possible to show the ever-changing national flags of the students. 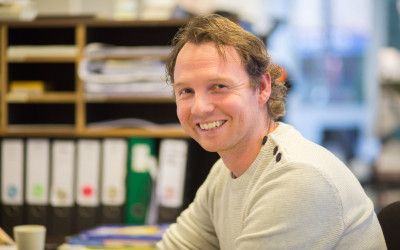 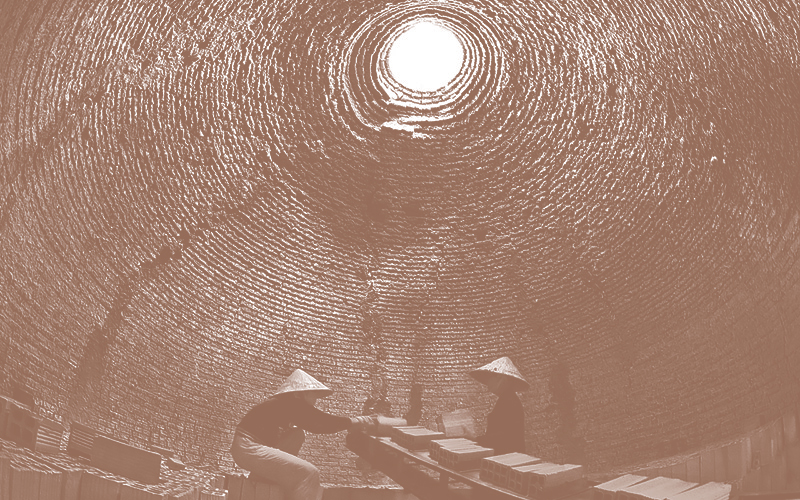